For the Love of Tenement Housing

Ekaterina Yuhnova made a private museum in her flat in a typical tenement house in St.Petersburg. Her mission is to promote this heritage among people interested in the history of their town.

A huge number of tenement buildings were built during the second industrial revolution, with  a surge in popularity in the mid-19th century through 1914. Those who could afford to do so commissioned the construction of these buildings in order to rent them out to the increasing number of people who were working in the city.

These buildings make up the modern landscape of many European cities today. They are referred to in different ways, with these names indicating the intent of their owners to rent them for additional income to workers in cities. For instance, in Germany, they are known as Mietskaserne or "rental barrack." In Poland, they are referred to as kamienica or "house made of stone." In Russia, they are called dokhodny dom or "building which brings income."

The exterior and interior of these buildings reflect different architectural styles, from neoclassicism to Art Nouveau. They housed many technical innovations such as private bathrooms and toilets, heating and, finally, electricity. In some European cities, you can see the original architectural elements readily. This is most notably true in Prague in the Czech Republic. The bourgeoisie of the time built tenement housing in the hundreds. The buildings adjoin one another, street after street and neighborhood after neighborhood, in Prague today. 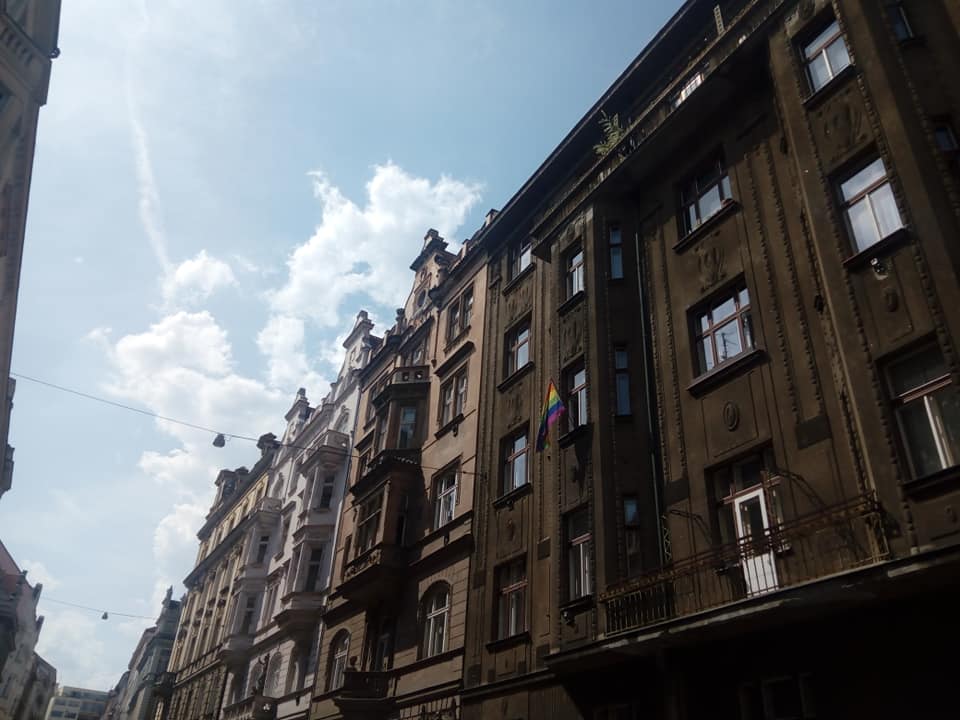 I had the opportunity to live in the Czech capital for a full year in a flat with Art-Nouveau decor in which old windows, moldings and a beautiful front door were preserved. In Prague,  many of these houses have been renovated over the last fifteen years. The cost to rent individual flats has gone up substantially and quickly. They attracted foreign investors, who convert entire buildings into hotels. Because Prague is rich with these buildings, it is easy to take them for granted as an architectural fixture of the city and, moreover, to lose the marvel that the interiors inspire in those with an appreciative eye.

Unfortunately, there are European cities where these buildings did not stand the test of time. Berlin and Warsaw saw substantial destruction overall during World War II. As part of reconstruction efforts in the mid-20th century following the war, new buildings were constructed in a more modern architectural style. Today, tenement buildings help make up city blocks that constitute an eclectic conglomerate of newer buildings and tenement housing.

The Polish city of Wroclaw was also half-destroyed during the Soviet siege that took place in 1945, and entire streets were demolished. One of the city's neighborhoods, Nadodrze, suffered less than others. However, the condition of the once magnificent kamienicy is rather deplorable. 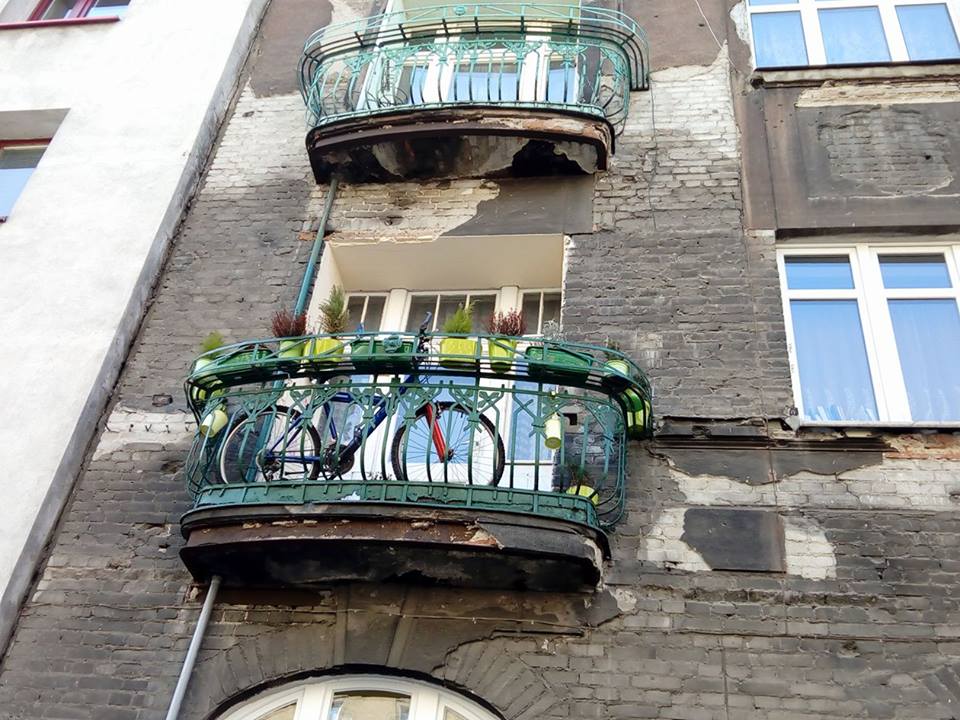 These buildings have not been restored for two primary reasons. Mayka Zabogrzycka of the organization Lokietka 5, whose mission it is to promote development of good-neighborliness and sustainable development, points out that today's tenement apartments are owned both by private entities and the city. Reaching agreement on how to renovate has proven difficult among these stakeholders, stalling the efforts to restore these buildings altogether. The second reason restoration has not taken place is because the city does not have the funds to invest in such an effort.

The former capital of Russia, St. Petersburg, is another example of a city that has a rich architectural heritage involving tenement housing. While the facades of these buildings are put in order and shine, the interiors tell a different story. You might think that the walls have not been painted since they were built! It is especially sad to go into the halls of the buildings where old doors were replaced by unappealing iron ones, and stairways are stained and dirty. This desolate care of the buildings is part of the legacy of the Soviet era, which saw scarcity and promoted indifference or lack of resources to maintain housing. 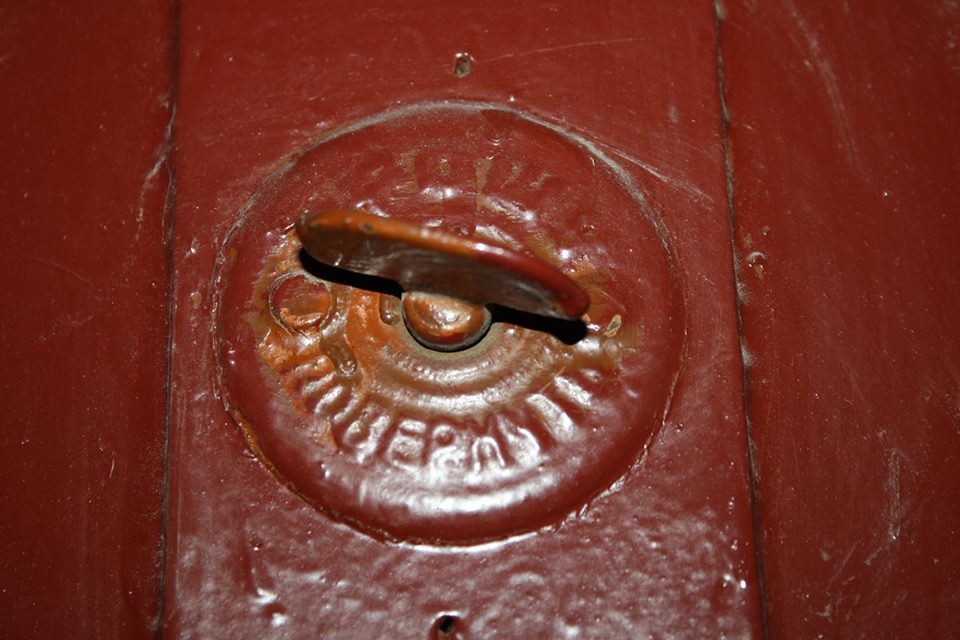 This is where Yuhnova has made a passionate effort to restore and highlight the original architecture of these buildings in St. Petersburg. “Behind the beautiful stone facades of tenement houses, you can often find newer materials and details instead of the old ones, which were destroyed during major repairs,” says Yuhnova. She has written a book, St. Petersburg Tenement Houses, - an in-depth encyclopedia of the way of life in these buildings. In the 1990s, she began to take an interest in the history of these houses and provided tours for people interested in the history of their town.

"I looked for interesting buildings, with preserved beautiful gate grids and stucco moldings, outbuildings for coaches, rooms for wipers, horse stakes, galleries and arches, even special metal devices for cleaning dirt off shoes at the entrance to the house," says Yuhnova.

During the Soviet period, spacious rooms in St. Petersburg tenement houses were divided into numerous small "communal" compartments. The apartments with two entrances were divided into two, three and sometimes four smaller apartments. The connecting doors were closed, leaving the corridor as the only entrance to the rooms. In most tenement houses, original interiors, layouts and details were lost. "I am convinced that it is important to show people how these flats looked in the beginning of the 19th century. This means that restoring and transforming these apartments into museums is vital,” states Yuhnova. 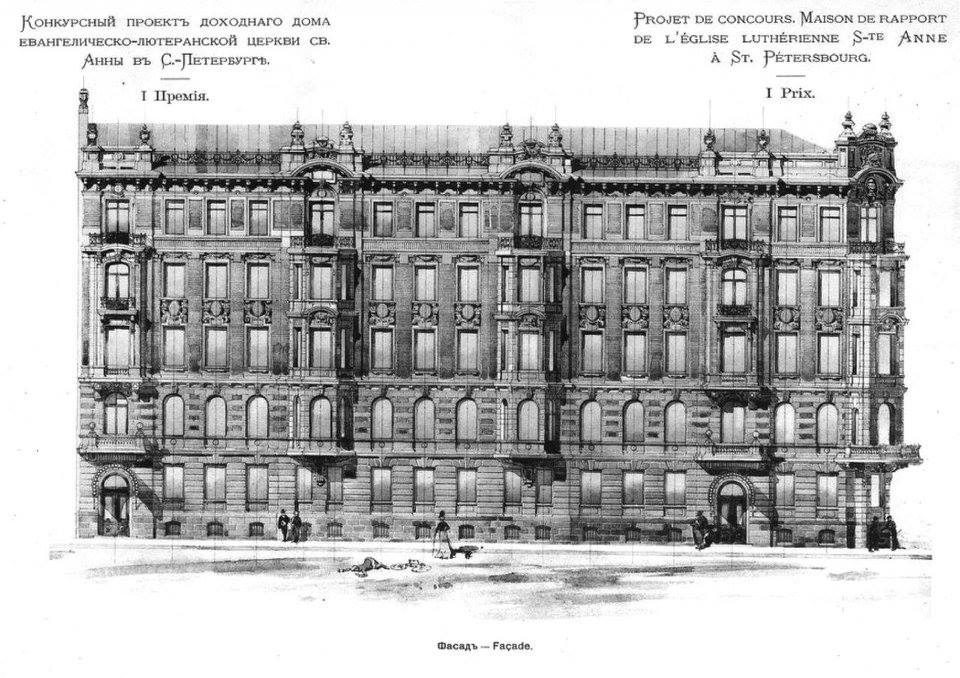 One year ago, Yuhnova decided to turn her own flat into a a private museum. Four generations of her family lived in this flat in a tenement house in Furshtadskaya street:

"Our house was built in the late 19th century by the community of the Evangelical Lutheran Church of St. Anna. Since that time, our apartment itself has been well preserved, and the sixth generation of our family lives in it. I was born in 1960. As a child, I found life in the beginning of the 20th century practically unchanged. Thanks to the inertia of everyday concepts, I was able to spend my childhood living very comfortably under the old rules among old furniture. The only innovation in that time was in the kitchen – the addition of a gas stove. All other improvements and changes occurred in front of my eyes: radiators for steam heating, a bath with a gas water heater…" 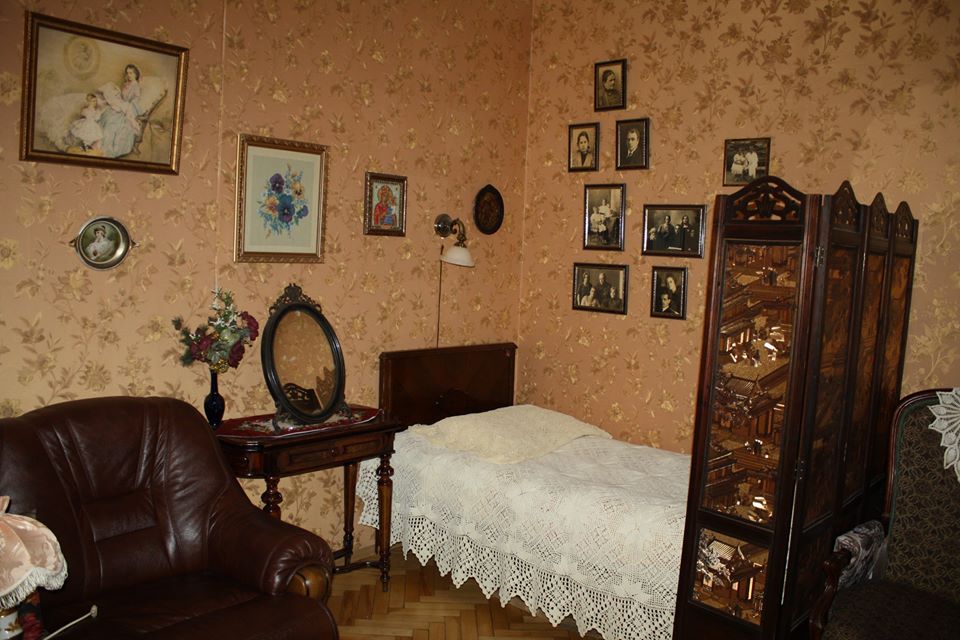 Yuhnova decided that her private museum should represent an apartment of the beginning of the 20th century that housed a typical middle-class woman from working as the teacher at the school.

“All apartment-museums are dedicated to famous people, mainly men, aren’t they? And I wanted to show people how an ordinary St. Petersburg woman lived. And there is another characteristic that sets my apartment apart from other similar museums: it is a living apartment, not just a museum. Coming here, people feel like guests, not tourists. Here they are invited for tea with homemade jam, they can read old books or listen to someone playing piano..."

“I invite you to see and touch everything here. And I would like the owners of other historic apartments to open them up for visits by people interested in the history of the life of our ancestors, because it is quite obvious that the city administration is not doing anything in this field. For over 100 years, we have been losing the original interiors of the ancient tenement houses. They truly are dying out, like mammoths. Let's try to save at least few hundred such apartments. And only we can do this.”

You can find out more about the museum here. 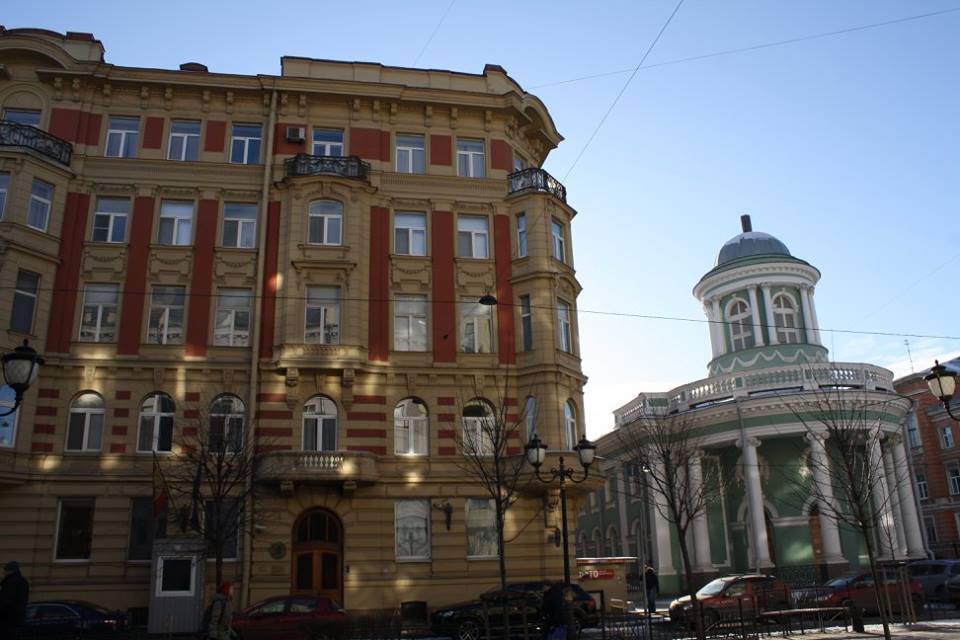 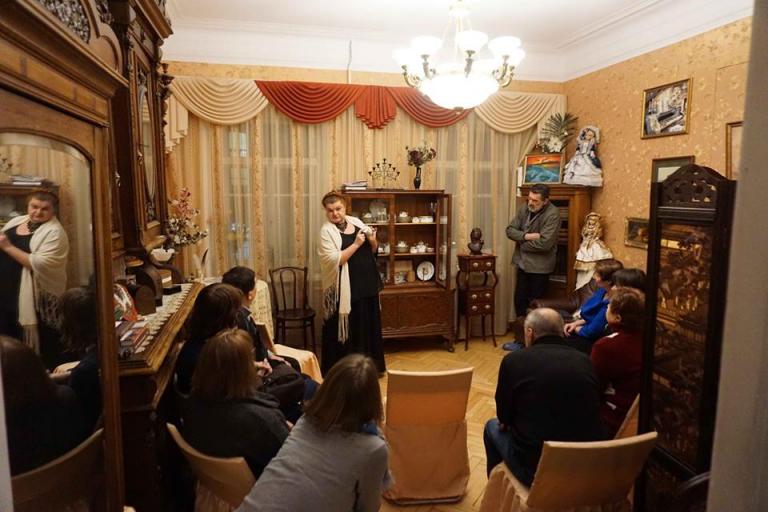