This year Plovdiv is the European Capital of Culture. We visited Plovdiv to meet the people who have long been developing the culture and urban spaces in this Bulgarian city.

Plovdiv is an amazingly beautiful and cozy city with a rich history - it is considered one of the most ancient cities in Europe. In ancient times, the Thracians and Macedonians lived here, and the Romans built a large city, the monuments of which can be found under literally every modern building. Plovdiv is the second largest city in Bulgaria and is located in the geographical center of the country, so in recent years it has attracted the attention of large companies and is developing rapidly.

This year Plovdiv is, together with the Italian city of Matera, the European Capital of Culture and many people in different countries of Europe have heard about it. On the eve of the start of this project, in the fall of 2018, PeopleLoveSpaces visited Plovdiv to meet the people who have long been developing the culture and urban spaces themselves. This is how we met Vesselina Sarieva and her Open Arts Foundation.

If you come to Plovdiv by train or car and walk to the historical center of the city, then you will surely pass by the «Sariev Gallery» and the «Artnewscafe» that Vesselina and her mother, Katrin Sarieva, founded. This small space is one of the most important independent cultural spots of the city. 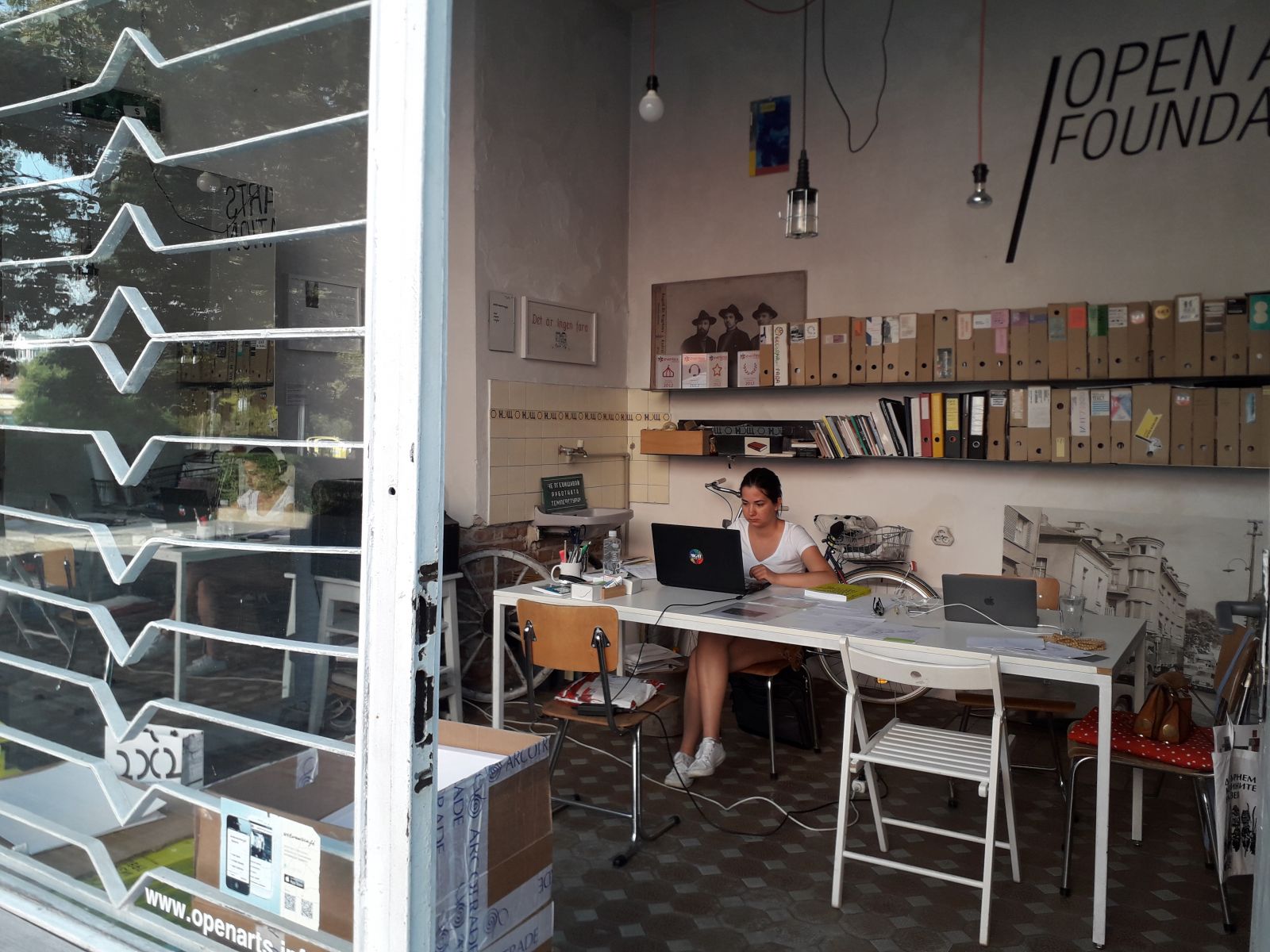 Office of the "Open Arts Foundation".

«My mother is a historian and my family collected art for long time. Around us there was always an bohemian life, and that's why we started working with art gallery 15 years ago», Vesselina told us. «Now everything is more profesional. We are trying to build an audience for the gallery and it is still not very easy. We don't have a big audience. That's why we have been making educational programs for young local artists, and we published a book about contemporary Bulgarian art, and have done many other projects to support contemporary art in the city and in the country».

The most well-known project of the Open Arts Foundation in the city is the Night of Museums and Galleries - a festival in which during one night the streets and open spaces of the city become venues for contemporary culture. One of the highlights of Plovdiv 2019 will be the cultural container «Fluca», which the foundation made with the support of the Austrian embassy, and the Night of Museums and Galleries. 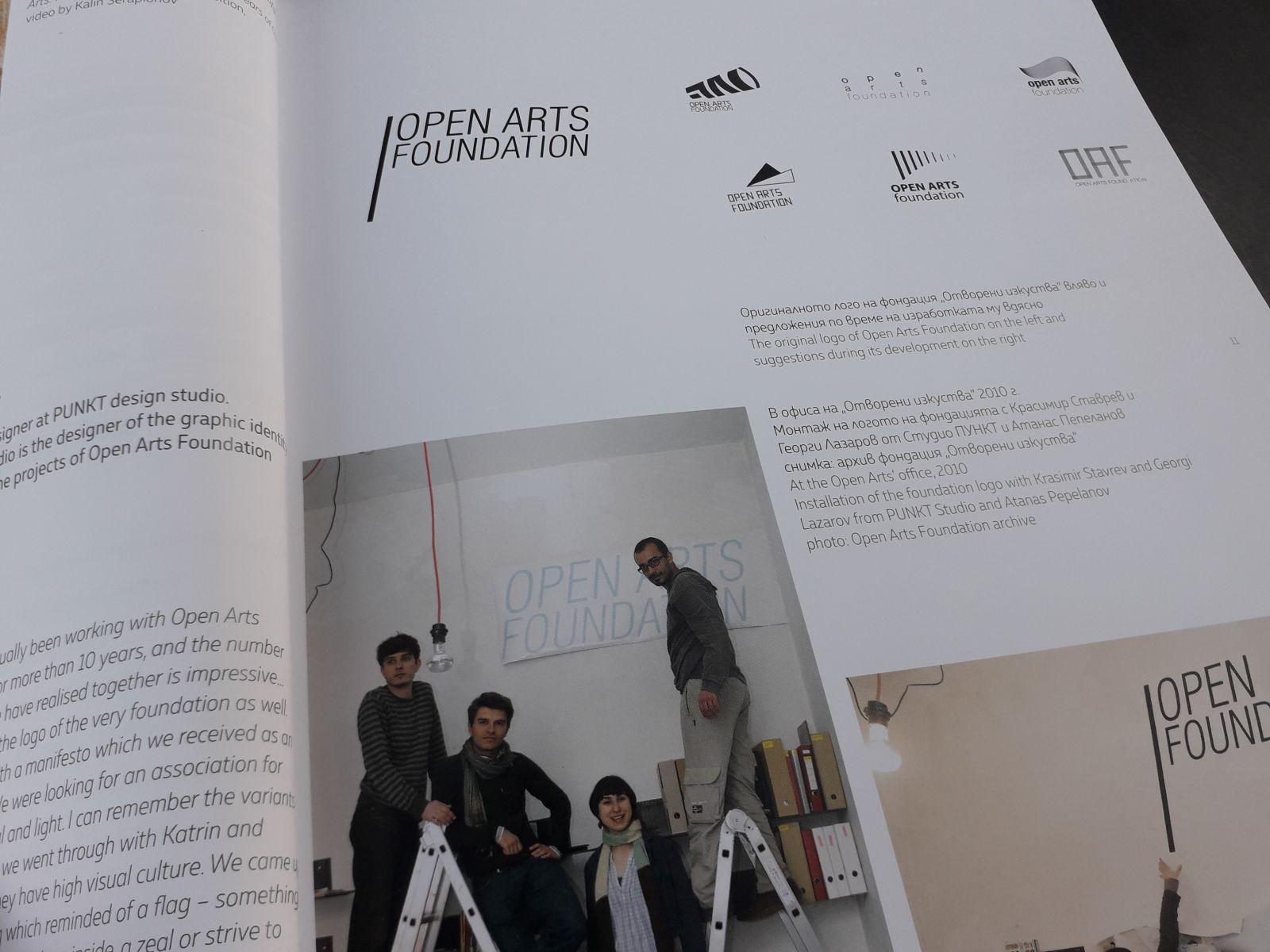 Vasselina Sarieva and some of the members of her team on a photo in a book dedicated to the tenth anniversary of the "Open Arts Foundation".

«My projects are sucessful because I really work on the communication between civil society, cultural institutions, the city and the Ministry of Culture. I facilitate this dialoge. I am not doing huge, big things... But important things. We try to work with this psycological way of networking in Bulgaria. Our galery appeared 15 years ago and the foundation 10 years ago, so it's allready an influence. But I am not a politician to sell my policy. If I have followers, I am happy. I hope that I gave some direction to the program of Plovdiv 2019 and contributed to how Plovdid won the title. I gave some ideas about revival of the neighborhoods, about organizing exibitions in abandoned places and about Kapana quarter.» (This quarter turned into a «hipster»district of the city with many cafes and shops that tourists like - PLS) 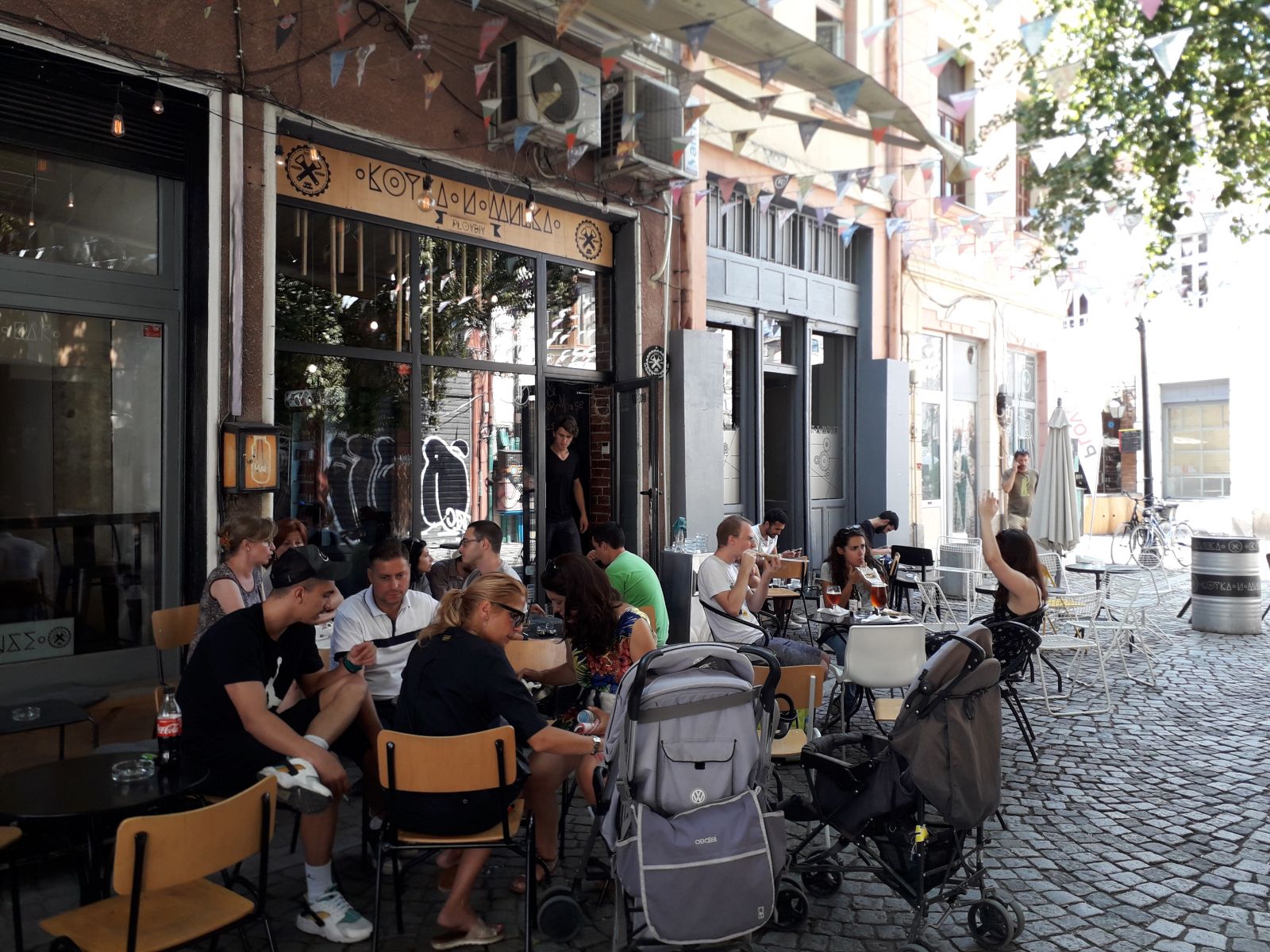 Kapana quarter is full of bars and cafes.

One of the first projects of the foundation was to study the architectural heritage of the city and create excursion routes through the city’s quarters. These routes were devoted to the Bauhaus architecture, the Soviet epoque legacy and to the big quarter of the former Tobacco Factory: «We started creating that map through discussions, trying to identify these places and zones, and when the map was published, in 2013, our goal was to protect these places...», told Vesselina.

Now, 10 years later, some of the buildings of the Tobacco Factory quarter which are on the map, are already destroyed. The organizing Foundation of Plovdiv 2019 identified the Tobacco Factory Quarter as one of the main spots of the Year, and now an exhibition on the history of tobacco industry in Plovdiv is held in one of its buildings.

The obscure future of the ruined buildings of the former Tobacco Factory is a cause of concern for Plovdiv residents who care about its heritage.

Besides the goal of reviving abandoned places, the main aims of Plovdiv 2019 are support of the development of the creative industries and the cultural sector, projects for integration of social and ethnic groups (the largest is the Roma community) and projects dedicated to schools and young people. The total budget of the Year is over 30 million euros, about half of which was provided by the European Union. The program includes more than 300 projects and events, among which are both small initiatives and large expensive shows, such as the rock festival «Hills of Rock». For the opening ceremony, which caused a controversial reaction in the country, a stage with a high tower was built for one night.

Samuil Kehayov works in «Artnewscafe» and at the same time organizes musical events in the city. For several years now he has been trying to promote independent electronic music in Plovdiv and create an audience for it. «Most young people listen to simple commercial music, and the audience for our events is quite small, and it is very difficult to develop it. Of course, I already feel tired, but still continue our projects and even received a small grant for them from Plovdiv 2019 Foundation», he says. «It will be an interesting year for Plovdiv, although after it ends many things still will have to be improved in the city». 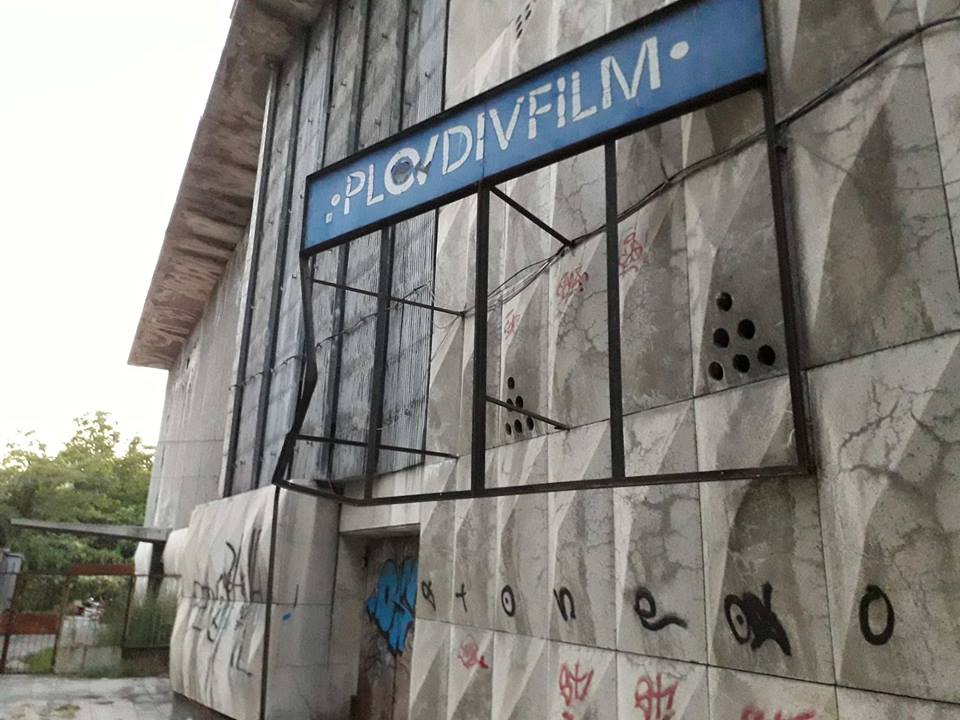 The building of "Kosmos Cinema" has been abandoned for many years, despite the efforts of city activists to fill it with life. 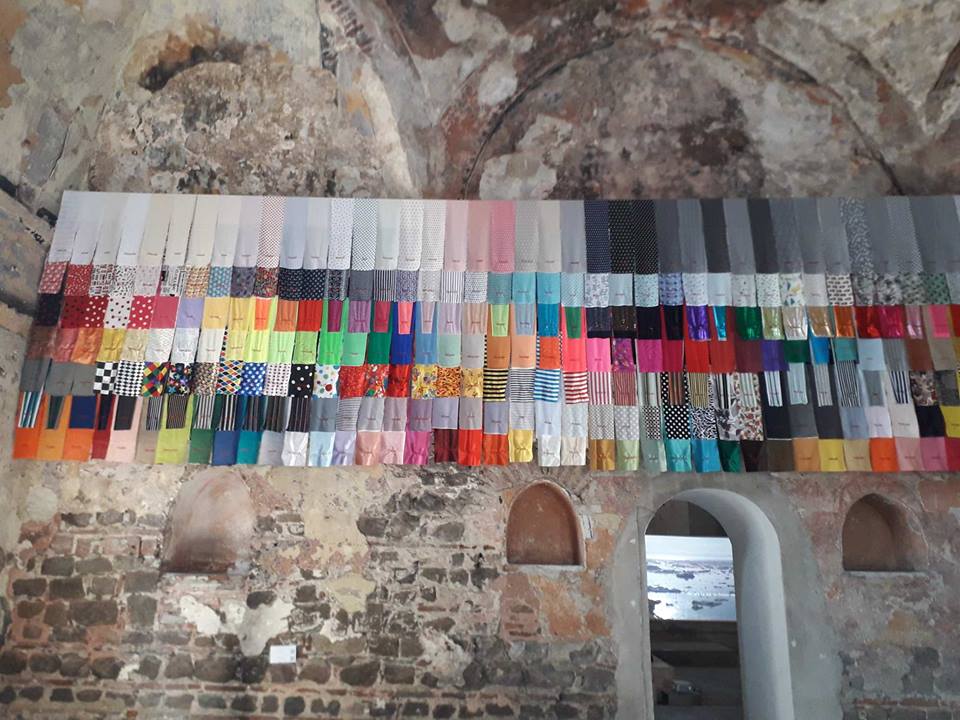 Plovdiv old Turkish baths are now serving as a venue for contemporary art. 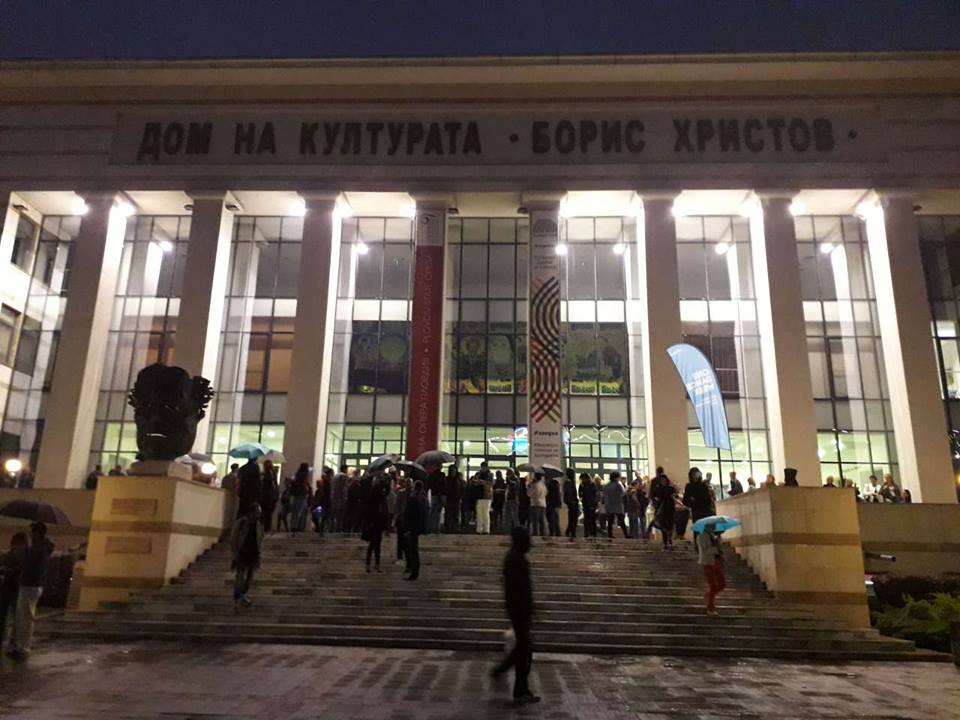 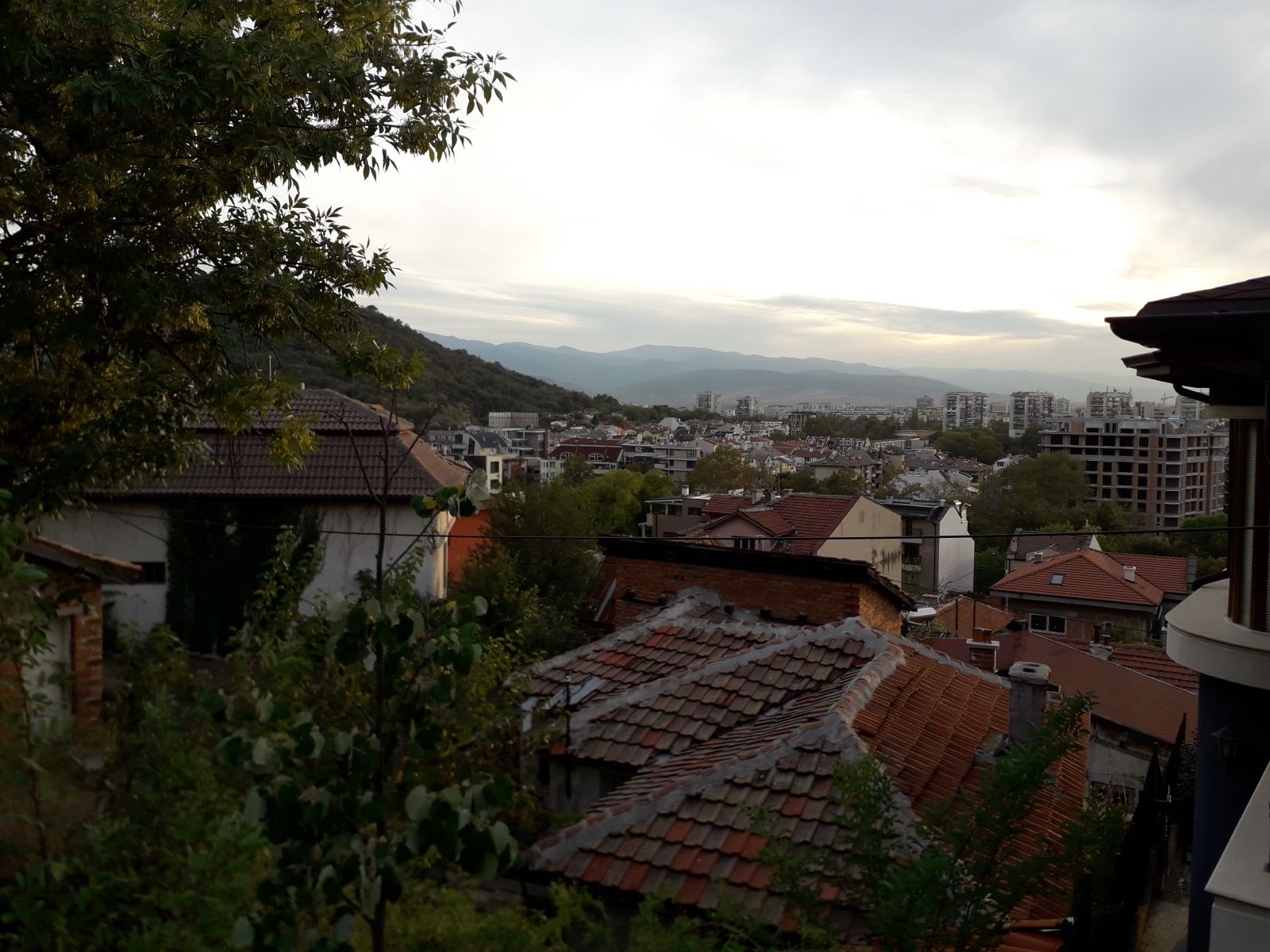 Old traditional quarters with narrow streets and private houses with tiled roofs side by side in Plovdiv with "dormitory" districts built during the Soviet epoque. 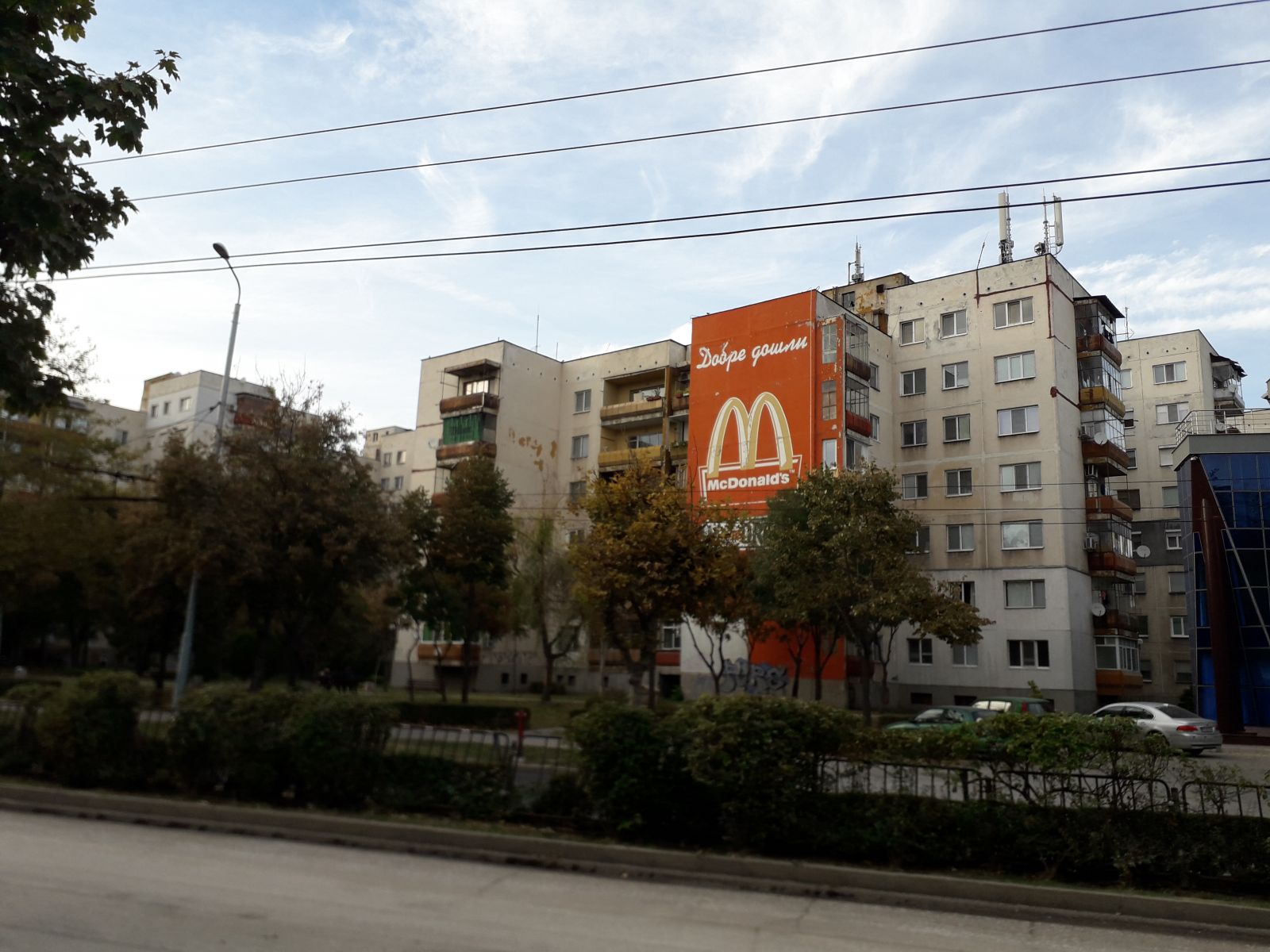 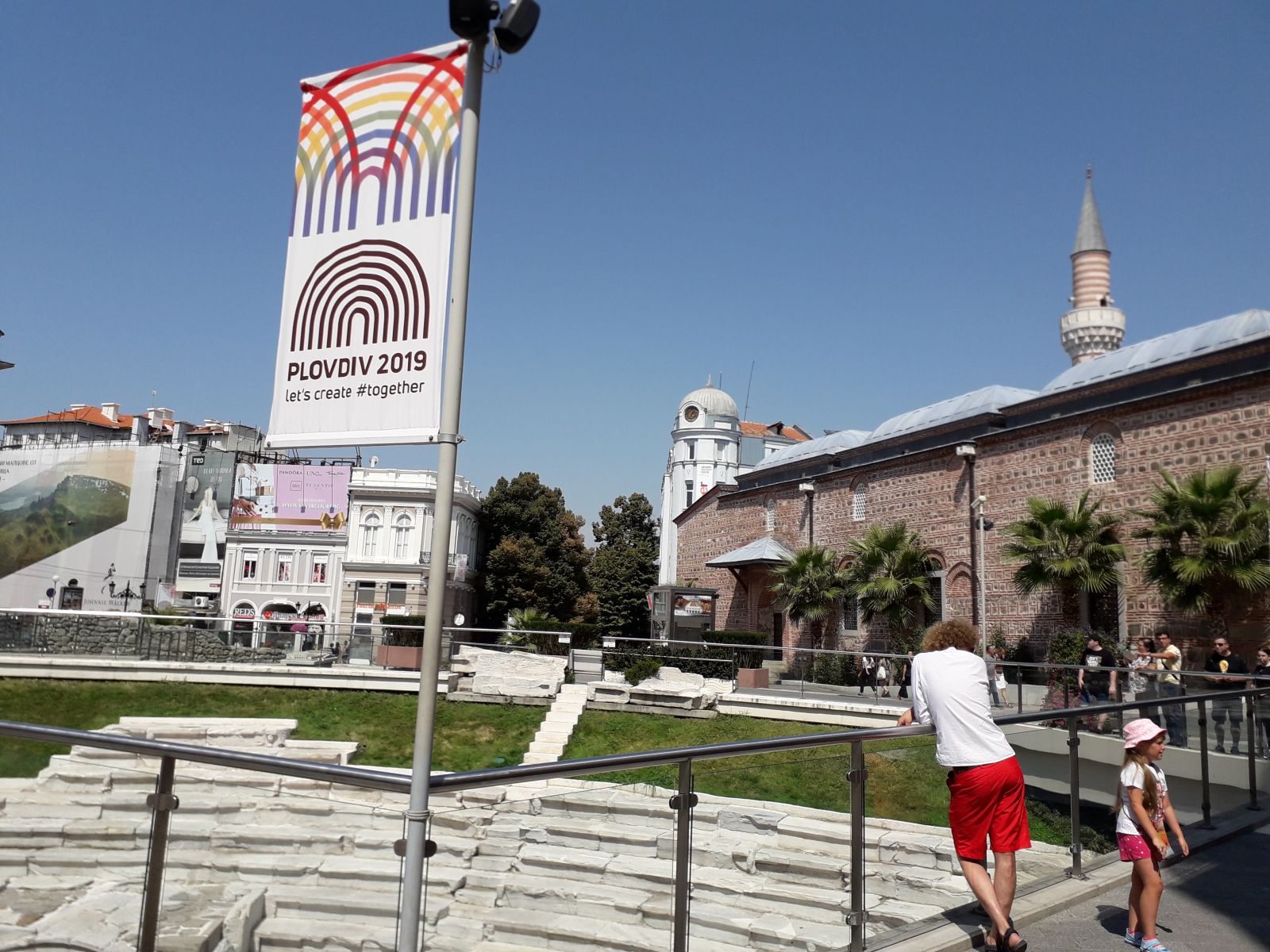 The ancient Roman stadium is located right below the center of the city. 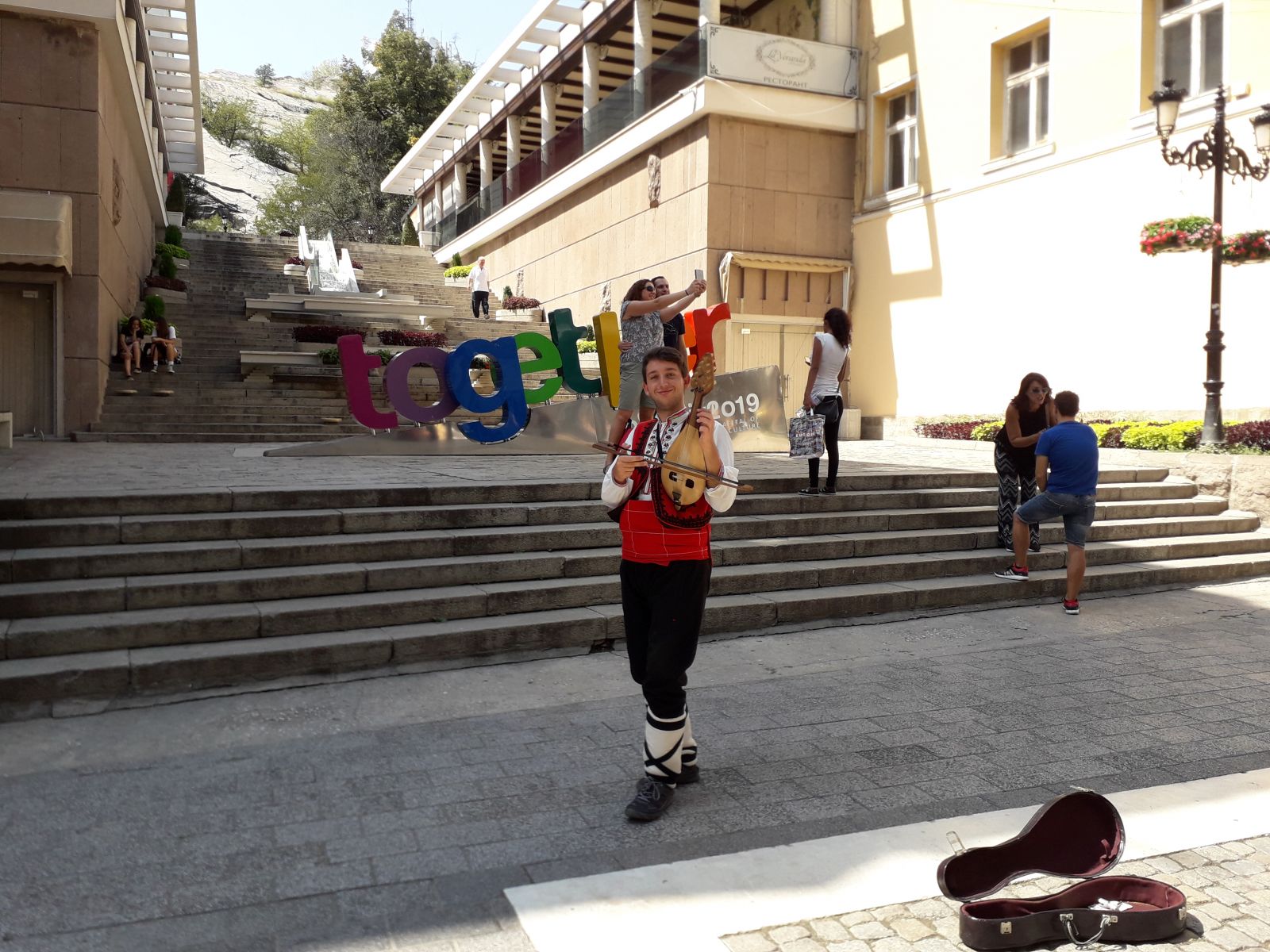 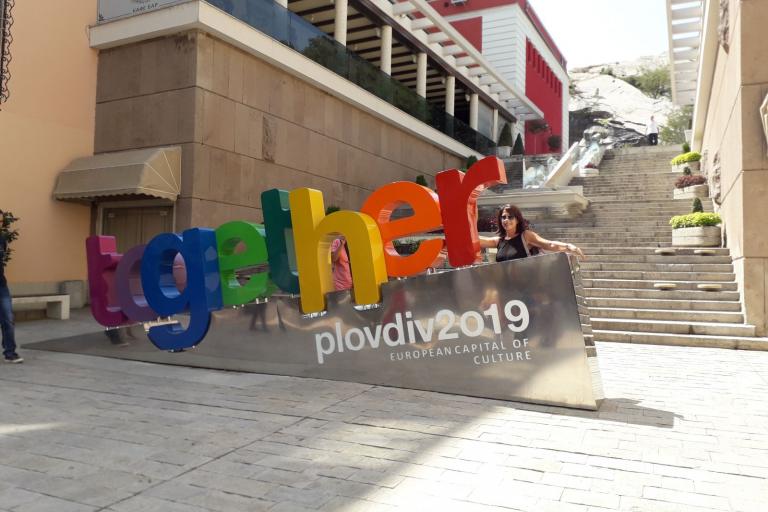