Unknown Moscow: Centre of Avant-Garde in the Shabolovka District

Alexandra Selivanova is an expert in the Russian avant-garde – an art movement that greatly enriched art and architecture in the 1920s and 30s. She founded the Avant-Guard Centre, a research and exhibition centre in Moscow.

Several years ago, Alexandra started organising exhibitions and giving lectures about different aspects of the Russian avant-garde at various venues in Moscow. "In 2014, the Russian authorities wanted to disassemble and move the famous Shukhov tower to another location. The tower had become a symbol of Moscow and its Shabolovka district.  Many Moscovites began to defend it.” says Alexandra. “We were collecting signatures against its removal and put on demonstrations. As a result of that grassroots movement, the tower was saved in its historical place, and we then decided that it was important to not only protest but also tell people about our cultural heritage, to educate them. We started making souvenirs and posters, dedicated to architectural objects of the 20s and 30s.”

Alexandra became deeply interested in Shabolovka: "In our social movement in defence of the tower, we wanted  to send a message to people: The Shukhov Tower is not here by chance, it is located in an area where there are also many other prominent avant-garde buildings. Through these activities we have gotten a lot of contacts with local people and places. We decided that it would be interesting and important to keep building social and cultural connections in this area and defending its heritage. We created a guide to the Shabolovka district. And I decided to establish my activities here and started to look for a place for a permanent research and exhibition centre.”

With financial support from Moscow authorities, Alexandra and her team organised The Avant-Guard Centre. It is located in a municipal library/art gallery, which is itself located in a building within a constructivist residential estate built near the Shukhov Tower in 1929-1930s "In this building in the 30s there was the social club of the estate, which had a kindergarten, a library, a cultural venue, a sauna, and a registry office,” tells  Alexandra. “I think it's symbolic that we found this place for our Centre.”

“For me, it is important that our whole cultural program was absolutely free for people,” explains Alexandra. “In our Сenter, we do the same projects we did before - tours, exhibitions, film screenings, workshops - but we have added to this an element associated with the local area. Historically, there was no strong local community in Shabolovka – its residents are scattered, and the area looks like a bedroom suburb. We understand our mission as a local social centre where local activists can gather and speak about the problems of the district. The local community has started to consolidate and grow.”

University students, who are doing research in avant-garde culture and art, come to the Centre for consultations and to work with unique books, magazines and materials, gathered here by the Centre’s team. "Unfortunately, the majority of these students are  foreigners," says Alexandra. As part of an amazing exhibition of children's books from the 20s and 30s, the Centre puts on workshops for children. "Children paint and make paper models and collages. Our teachers try to tell them, through games, about our history and the art of the 20th century. In addition to a children's program, we have a lot of other projects. We began to publish a series of books titled "Unknown avant-garde,” dedicated to the architecture and culture of the Russian avant-garde. We have made a book about the Danilovsky Department Store and a book about a Soviet public sauna. We would like to create albums about the neighbourhoods, and also a book about the culture of ‘soviet clubs’... "

Alexandra's dream is to give the Shabolovka district the status of a world cultural heritage object, similar to The Weissenhof Estate in Stuttgart or the The White City in Tel Aviv. "I like our cooperation with the locals residents because it has a specific value. These people live here and it is important for them to learn about the area, and to defend it. People who live in these constructivist houses… They are very fond of them. And we will continue our work here.” 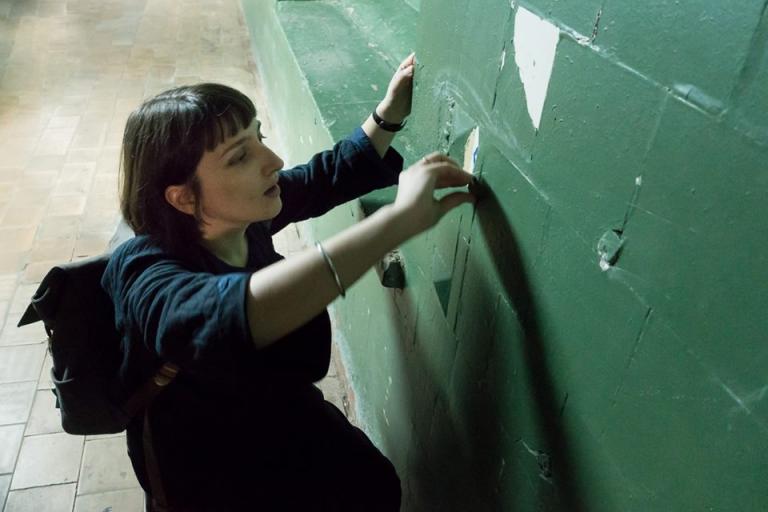